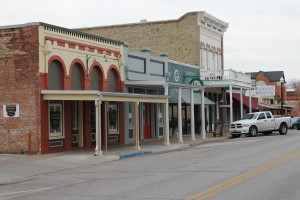 The city of Bastrop has experienced significant growth over the past few years. Long-term residents may remember what it was like without the Best Buy, while bargain hunters may cringe at the memory of living without the Goodwill thrift store.

In the 2010 census, the city of Bastrop was credited with 7, 218 full time residents. However, it should be pointed out that those numbers do not reflect people living outside the city, so the rural population adds significantly to both the economy and use of the city.

In 2012, the city of Bastrop was estimated by the United States Census Bureau to have experienced a 2.4% growth in the preceding two years. Its new estimated population was 7, 394.

Why Does Bastrop Attract New Residents?

Bastrop is an area that values education and employment, both of which are reflected when considering the primary sources of income for the community. Wal-mart, the school district and government offices are the primary employers. . Some of the new residents or recent high school graduates have accessed the night and continuing education classes given by Austin Community College within the city of Bastrop.

One less fun, but equally important aspect of Bastrop is their domestic violence shelter. Many victims of domestic violence have found a new life as the result of the services offered by the Crisis Center and the shelter itself.

There are other, more practical reasons for people to move to Bastrop. Only about 30 minutes from Austin and all that it offers, Bastrop provides the small-town appeal that so many families need. Without huge campuses and multiple high schools, it is easier to keep track of teenagers and their activities.

In fact, the opening of a theater, bowling alley and arcade in Bastrop not that long ago has provided entertainment options for residents of all ages. With safe children, affordable housing and steady employment, Bastrop will surely continue to grow in years to come.